There is news from Isak! 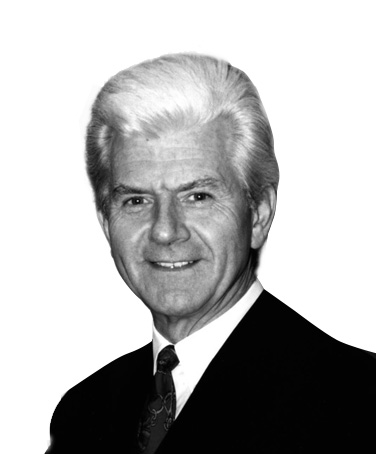 Jan Borms (°Aalst 1940 Belgium, Lic. L.O. Rijksuniversiteit Gent (RUG) 1963, MSc University of Oregon (US) 1965 and PhD Vrije Universiteit Brussel (VUB) 1972, Belgium) started at the VUB in 1963 as assistant and continued later as professor. His academic fields were kinanthropometry (specifically growth and development, test methodology, talent identification), and health, fitness and physical activity promotion. He was Head of the Department of Human Biometry and Biomechanics at the Faculty of Physical Education at the VUB In 2001 he became ‘Professor Emeritus of Human Biometry and Health Promotion’ after an academic career spanning five decades. He was the chairperson of the IWGK (Int’l Working Group on Kinanthropometry 1978-1986 founded in Brazil and precursor of ISAK) and the first and founding President of ISAK (1986-1988 founded in Glasgow). From 1988 till 1992 he served ISAK as Past President and was awarded the first ISAK Honorary Life Membership (Adelaide, Australia 1998). He was also member of several other international scientific organizations. Notably, he served for many years as an officer of ICSSPE, the International Council of Sport Science and Physical Education and was chairing its Editorial Board from 2000 to 2004. He was the recipient of the ¨Philip Noel Baker Research Award" in 1989 and became Honorary Member of the Executive Board of ICSSPE in 2004. He published widely in the field of kinanthropometry, human growth and health promotion and has spoken at many conferences around the world. He was also the co-editor of the Karger Series ‘Medicine and Sport Science until 2015. He participated in the Medford Boys’ Growth Study (Un. of Oregon 1964-65), in several large cross-sectional and longitudinal growth studies in Belgium (1967-2001) and in MOGAP (Montreal Olympic Games Anthropological project 1976) He (co) organized the 1st Intern. Course on Kinanthropometric Techniques (as the accreditation courses were then named) in Brussels 1978 and the 2nd one in Sherbrook, Canada, 1979). He (co) organized, coordinated or advised the kinanthropometry sections at the Olympic Scientific Congresses (1976, 1980, 1984, 1988, 1992 and 1996) and the Commonwealth Games Sc. Conferences (1982, 1994), the Third International Congress of Auxology Brussels 1982, the Child & Exercise Congress (1984 Urbino) and the 1990 Kinanthropometry congress in Brussels. Apart of all this ‘academia’ Jan Borms was active in gymnastics, tennis, skiing, fitness, cycling … individually, or in clubs. For more than twenty years he was involved - as a hobby - in over a thousand TV and radio appearances in Belgium promoting a healthy and fit lifestyle. He also covered on the national and Eurosport chains the most important gymnastics competitions between 1972 and 2000 among which were six Olympic Games. His last ‘academic’ performance, although happily retired, was the editing of the 5th ‘Directory of Sport Science” in 2008 for ICSSPE (Human Kinetics 2008) and the subsequent “Table Speech” in Guangzhou for the occasion of the Olympic Scientific Congress and the 50th anniversary of ICSSPE in 1988. 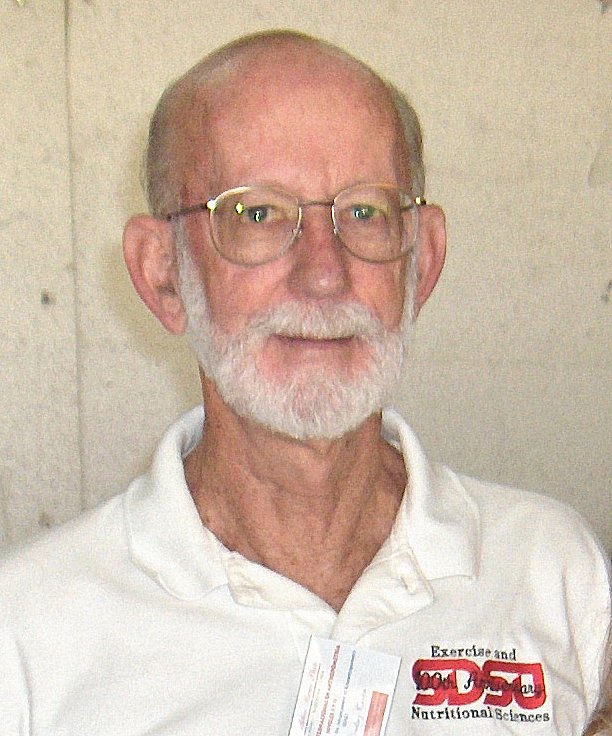 Dr. Carter was born in and grew up in New Zealand. After graduating at the University of Otago (1950-1952) and Auckland Teachers College (1953), he held research and teaching positions at the School of Physical Education (UO) in 1954-55. From 1956-59 he was a Fulbright Scholar at the University of Iowa, Iowa City, U.S.A., where he obtained the Masters and Doctorate degrees. On returning to New Zealand, Dr. Carter taught for three years at the University of Otago. From 1962 to 1992 he was a professor in the Department of Physical Education at San Diego State University, San Diego, California, U.S.A., where he taught Applied Anatomy and Kinesiology, Biomechanics, Adaptive Physical Education, Growth and Development, and Kinanthropometry. He received the Outstanding Faculty Award (1983), and the Exceptional Merit Service Award (1984). Currently he is Professor Emeritus in the School of Exercise and Nutritional Sciences at San Diego State University and continues his research in kinanthropometry, along with consulting, workshops and invited presentations. Dr. Carter's research work has focused on the structure and function of athletes and non-athletes. In addition, he is the co-developer of a method of assessment of somatotype, the Heath-Carter Somatotype Method, a method which is presently the most widely used in body build research. He was a key investigator in kinanthropometric studies of Olympic and World Championship athletes in Mexico City, 1968, Montreal, 1976, Perth, 1991, Uruguay, 1995, and Zimbabwe, 1995. He has served as a consultant or co-investigator for studies in 18 countries. In addition, he has given invited presentations and/or workshops in many countries. Lindsay is author or editor of 13 books, 29 chapters, 95 articles as well as numerous abstracts. The 137 publications are largely based on original investigations dealing with related aspects of physique and performance, kinanthropometry and exercise science. Dr. Carter is an Honorary Life Member, and Past-President of the International Society for the Advancement of Kinanthropometry (ISAK), a former Criterion Anthropometrist for ISAK, and has served as a course leader and external examiner for many international courses. He is a Fellow of the American Academy of Kinesiology and Physical Education, and Emeritus member of the American College of Sports Medicine. In addition to other honors, Dr. Carter received an Honorary Doctorate degree from Semmelweis University. Budapest, Hungary, in May 1998, for his contributions to the study of physique, human performance and kinanthropometry. In November 2005, he received his second Honorary Doctorate from Vrije Universiteit Brussel, Brussels, Belgium, for his work in kinanthropometry and human biometry. He was elected to the Inaugural Wall of Fame at the School of Physical Education, University of Otago, NZL, May 2006. In 2003, the Auckland University of Technology (NZL), School of Sport and Recreation, opened the J.E. Lindsay Carter Kinanthropometry Laboratory in the School at the AUT-Akoranga campus. In March 2012, the J.E. Lindsay Carter Kinanthropometry Clinic and Archive was opened at the AUT-Millennium campus Sports Performance Research Institute New Zealand (SPRINZ) Laboratories, of AUT University. This new facility provides teaching, research and community services to children, adolescents, and athletes in different levels of sports. In addition, it houses an archive for kinanthropometric data and materials donated by Lindsay and contributors from around the world. 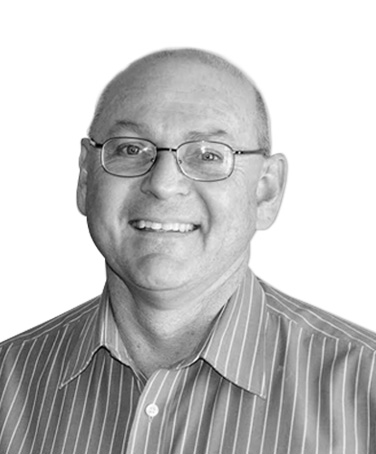 Prof. J. Hans de Ridder is a Level 4 anthropometrist, the ISAK Past-President and Director of the School of Biokinetics, Recreation and Sport Science at North-West University (Potchefstroom Campus) in Potchefstroom, South Africa. As well as running many courses at his own university, Hans has run ISAK accreditation courses at the University of the Free State (Bloemfontein) and Tshwane University of Technology (Pretoria). 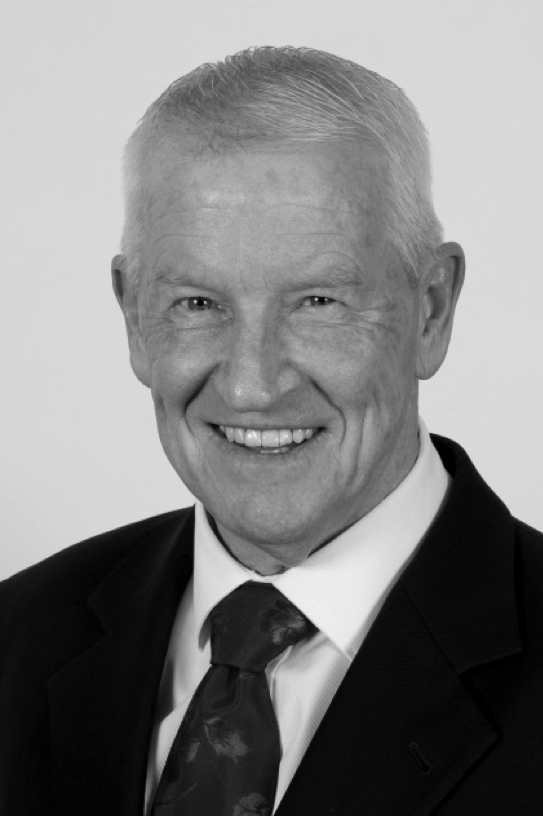 Educated at Otago University, New Zealand, Loughborough University, England and Simon Fraser University, Canada, Prof Mike Marfell-Jones is the current President of the International Society for the Advancement of Kinanthropometry (ISAK) and an ISAK Level 4 Criterion Anthropometrist. He is a Professor of Kinanthropometry at the Universidad Católica de Murcia, Murcia, Spain, but is based in Wellington, New Zealand for much of the year. The earliest part of his career was spent secondary teaching in New Zealand before he moved into the tertiary sector, working in universities in both New Zealand and Canada. Having spent over 40 years working with sports scientists and athletes, his abiding interests are in anatomy, sport science and the training of anthropometrists. Prof Mike was ISAK Vice-President from 1996 to 2000, President from 2000 to 2008, Secretary-General from 2008 to 2012, Past President from 2008 to 2014, Treasurer since 2014 and President again since 2014. He was appointed a Life Member in 2008. 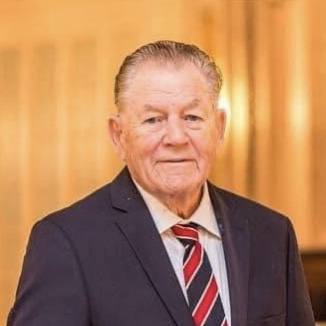 Dr. William D Ross, BPE, MSc, MA, PhD, DHC. Philip Noel-Baker Award recipient 1987. The term Kinanthropometry was defined by William D. (Bill) Ross in the 1970s to to bring together scientists who appeared to be working in quite disparate areas but whose studies had tremendous relevance to each other. The quantification of Body Size, Shape, Proportion and Composition to describe or explain Function, Growth, Maturation and Performance. As the Scientific Director and principal owner of Rosscraft Innovations since 1981, Bill directs Rosscraft’s creative units in design and manufacture of instruments. He is an scientific author and coordinator of supporting publications and software development. Bill is well-known internationally and encourages cooperative research among human biologist and health professionals, particularly the ‘NOW’ generation. This is unrelated to age, no gender, ethnicity, or economic status and has everything to do with opportunity to become involved as participants and witnesses in research. It involves character and a sense of mission for fostering optimal growth and development of all the children and all the people and helping maintain health, vigor and happiness of adults throughout their life span.